What are my obligations as a Company Director? 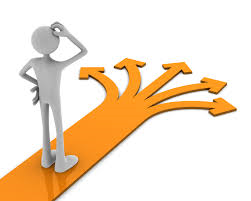 Every company in New Zealand has at least one director. Most of these companies run small to medium sized businesses. Usually company ownership is recommended by a lawyer or accountant. But do all of these directors understand their obligations? Do these directors know that the Companies Act 1993 (“the Act”) places very specific duties as well as more wide ranging and general obligations on Directors? We have summarised these specific and general duties as follows:

A director in a company must perform the duties and obligations of a director. There is no option to be a “passive” director. You are obliged to perform your role and will be liable for the decisions made by the other director(s) even if you haven’t actually been involved in the decision.

A director has a duty to act with the care, diligence and skill that a reasonable director would in the circumstances. The question may be asked whether the director has complied with this standard when making a decision. Therefore a genuinely held but clearly stupid and reckless belief that a transaction was in the best interest of the company will not satisfy this standard.

It is recognised that at various times the directors will take a risk. Risk is acceptable provided the directors have carried out the necessary investigation into the transaction and reasonably believe the company will be able to honour its obligations.

The director:
(a)  is not aware of any liquidation proceedings which have been commenced or intended to be commenced against the Company, and
(b)  believes on reasonable grounds, having made appropriate enquiry, that the Company:

These are transactions in which the company is buying or selling an asset or incurring a debt or a liability (say by an obligation to perform a service) which has a value equal to (or more than) half of the value of the company. For many companies this will be a very common transaction.

The director needs to get the approval of the owners of at least 75% of the shares before entering into such a transaction. Approval must be by a written resolution. The failure to get shareholder approval will mean the director is personally liable if the transaction turns sour.

The director(s) have specific administrative duties contained. These include:

If the company is close to operating insolvently there are duties owed to the company’s creditors. This is generally a duty to consider the position of creditors when entering into a transaction and to not unfairly favour any creditor (especially shareholder creditors). The obligation to act in the best interests of the company is overlaid by the duty to its creditors.

Recent court actions against the directors of finance companies have illustrated that a director can become personally liable for his/her actions as a director if they have not satisfied their duties and obligations. The principle of limited liability continues to apply meaning that a director will only become personally liable however if they fail to comply with their duties (or if they personally guarantee the company’s obligations). Care needs to be taken to ensure that you are in fact doing your duty as a director. If you don’t want that responsibility you should avoid being a director.