Mark von Dadelszen has left Bannister and von Dadelszen (having been a partner 1972-2017, and a Consultant since 1 December 2017).  His final day with the firm was 30 April 2021 and following his departure the firm will cease to do the specialist work that Mark has been doing for the last 20-25 years.

Mark is going to continue to work as a Barrister from his office in Havelock North. If you need to get in contact with him for Not-for-Profit matters, his details are:

Mark von Dadelszen  was a partner of the firm from 1972 to 2017, and became a Consultant in late 2017. In the early 1990’s he developed a specialty interest in the law and documents relating to “not-for-profit” organisations – community societies and charities.  He regularly advises such organisations all over New Zealand, and is also frequently asked by other legal firms for specialist advice.

Mark is the author of two standard New Zealand texts, Society Law in New Zealand, and Members’ Meetings (both now in their 3rd editions), and is also the contributing author to New Zealand Forms and Precedents title Clubs and Societies.  He has been writing regular articles on societies and charities since 2010, and these may be accessed here. Mark was a Law Commission Reference Group member (2011-2013), assisting the Commission in reviewing the Incorporated Societies Act 1908, and in February 2014 the Government adopted the Commission’s recommendations and a draft new Act should be introduced to Parliament in 2019 (he hopes!).

Mark has extensive practical experience in the governance of not-for-profits, having always been actively involved in the community, and as a committee member and chairman of numerous organisations over the years.  He is also asked by community organisations and companies to chair meetings where an independent chairperson is sought who can control a potentially difficult or disorderly meeting.

This community service (for which he was awarded a Queen’s Service Medal in 2012) includes serving for 6 years on the former Havelock North Borough Council, for similar periods on both the local Chamber of Commerce Council and the former Hawke’s Bay Regional Development Council, being an active Toastmaster for some 25 years (including holding local club and regional offices and serving as national Secretary and District Governor, and writing a meeting procedure training script for Toastmasters International), chairing several choral organisations, and being President of the Hawke’s Bay Woodturners Guild (twice), of the National Association of Woodworkers Inc., and (since 2010) of the Prostate Cancer Foundation of New Zealand. 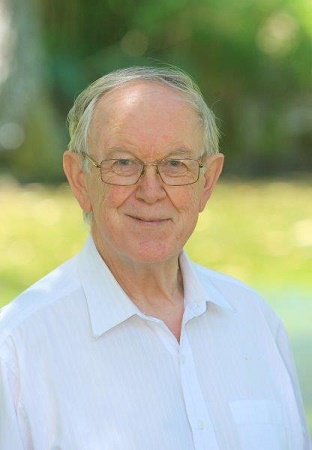